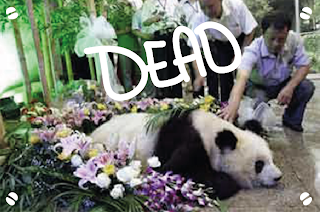 Image source: Amateur footage from the hit and run scene

A Beirut/NTSC exclusive:
At an undetermined time during the early morning hours, BrofessionalReview was the victim of a fatal hit and run in Beirut. Whereas first aid rushed to the scene of the crime, the blog was pronounced dead by the time it was transported to the nearest hospital of the area. Dr. A(d)min N(abil) K(ai), chief of the emergency services of the hospital, gave a very brief statement to the press representatives present there – that’s basically Beirut/NTSC alone as everyone else was busy bar-crawling – and said “it seems the patient has arrived dead suffering injuries in the aftermath of the accident. We would like to point out that this was not a Beirut Drive By shooting but a clear cut case of hit and run”.
Further investigation with witnesses of the accident showed someone who stored a partial identification number of the vehicle in question, according to a girl who preferred to remain anonymous “I tried to take down some of the numbers of the license plate, odd, at some point I think there were 29 Letters in it!” Pascal Zoghbi who has a blog called 29 Letters could not be reached for comment by the time of going to press, however considering he threatened legal action in the past against Brofessional Review, makes this too much of a coincidence for the investigators.
The killing of Brofessional Review sent the blogosphere and the twitter space into a frenzy, not because anyone particularly cared about of the victim, on the contrary, because everyone seemed to have an axe to grind with them which made them potential suspects in the accident in question.
According to Najib from Blog Baladi, “it is true, I did say we were just batata for them, but this does not make a murderer, why would I kill someone for whom I had no respect, whom I publically humiliated by keeping a comment on my blog which mocked it and its purchasing habits and supposed potential sexual orientation and which could have divulged its supposed real identity? Why would I kill such people, it doesn’t make sense, right?”
Gino Raidy from the famed Gino’s Blog, who also released a series of tweets in the past which could be seen as a motive under the circumstances, said “of course I did not kill it, everything I do is dope, even my shit is dope” which left the lead investigator in the case in the makhfar (police station) wondering “dakhlkon, chou ya3ne dope? Doesn’t this guy know how to speak in a language I could understand?”
Another person of interest to the authorities in the matter is blogger Mustafa Hamoui behind Beirut Spring, who – when reached for comment – said “my tweet “at this point it feels like beating a dead horse” was plainly metaphoric, it did not in any way shape or form imply that I wanted Brofessional Reivew dead, I have bigger enemies to combat – why would I waste my time on killing such a not-worthy-on-the-radar blog when I could be concentrating on justifying whatever some political non-entity has done or did not do as of late?”
Scrambling on damage control mode, Maya Zankoul who has had a major beef in the past with Brofessional Review, and through her spokesperson Toni Yammine released a statement that said “Maya is definitely the most talented illustrator of her generation and her book sales… Ooops, wrong statement…” then Yammine continued “when it comes to the matter at hand, Maya could not have done it, she has a water tight excuse: She was doodling.” The word in itself sent a shockwave in the industry, as the big debate was whether Mrs. Zankoul was illustrating or doodling, something Brofessional Review tried to ask but were “massacred” (at the time figuratively) about it. Whether or not the massacre was undertaken by a zankoul-zealot or not remains to be seen.
For the sake of even-handed reporting, even Beirut/NTSC – the writer of this article was briefly considered a suspect. The theory was that, with Brofessional Review out of the way, Beirut/NTSC would monopolize the hate, venom and rage coming from advertising agencies towards those bloggers who could not be bought with a free plate of hummus. However, whereas the motive was present, the opportunity was not, according to the authorities “hayda NTSC wahad m3atar, we spoke to some advertising agencies and apparently he was busy dusting his archive trying to catch some multinational red-handed in a copycat act” (editor’s note: Whereas Beirut/NTSC might lead a life which can be considered tame by some standards, it does resent the appellation of “m3atar” especially coming from someone with a single-digit IQ, and for all practical purposes, Beirut/NTSC was quite satisfied sharing the wrath of multinationals with someone else).
When it comes to advertising agencies, the Lebanese Syndicate of Advertising Agencies took a small hiatus from its internal fighting and wiped the bloodied knives to issue a common statement viewing the gravity of the situation “the syndicate deplores the death of Brofessional Review specifically under such sinister circumstances, and whereas some of our members are now popping the Veuve Cliquot – a behavior we reject but take part of (who in his right mind would refuse a glass of Veuve?) – we would like to offer our condolences to the Lebanese blogosphere (Leo Burnett can you please tone down the partying? We are trying to look serious here!), and to the parents and family or Brofessional Review personally”.
Oddly, a statement by Helvetica Foundation (which Brofessional Review adopted as a typeface for their logo) was also issued which basically said “good riddance, one less logo with Helvetica!”.


As you can see, the suspects are many, but the result remains that Brofessional Review is indeed dead. As the plot thickens, and this being Lebanon, chances are that political crimes would be solved before this one.
Posted by Tarek Chemaly at 11:59 AM