Melting pot: Got the T-shirt? 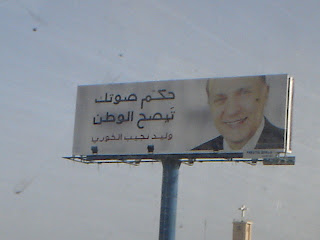 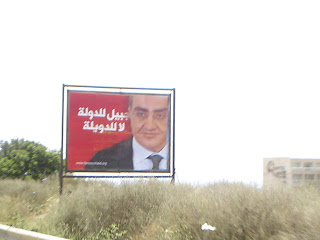 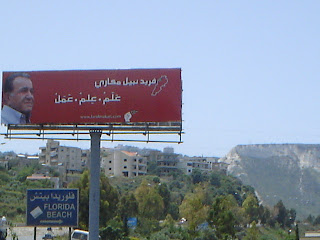 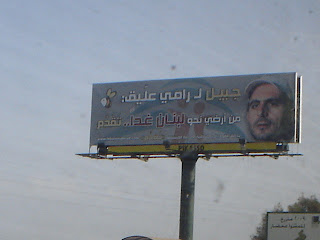 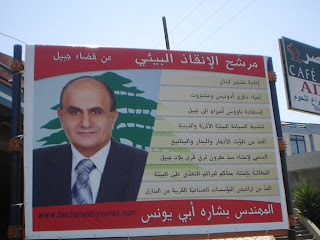 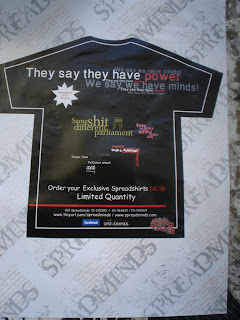 Fares Souaid assrts that "Jbeil is for the state not for the micro-state" (Hizbullah inferred), and then current Vice-speaker Farid Makari attacks with "Alam, elem, a'amal" (Which in Arabic stem from the same three letters and which translate into "Flag, education, work." - this is not without a nod to the slogan that was hetched for Rafic Hariri ("Ammara, allama, harrar" - he built, he taught, and he freed) on whose son's list Makari is running.

Then comes wunderkid extraordinaire Rami Olleik. Rami was a student at the same faculty I was at the American University of Beirut, he was the ultra-Hizbullah boy complete with light yellow shirt and eternal beard. Fast forward to find him in ulta-hip jeans, tight t-shirt and rimless spectacles - that was his pro-US phase - and then he wrote a book "Tariq el nahl" (The bees road - subtitled "the republic of Rami Olleik)... Anyhow, he is currently running for a seat in the Jbeil district and apparently he had a talk with the city because his unipole headlines: Jbeil, to Rami Olleik - from my land come A.H.E.A.D. with AHEAD being some sort of an association of civic groups or something like it.

If Bechara Abi Younes is the candidate to save the environment as he positions himself, maybe someone should tell him that billboards are made to be read in 3 seconds flat as one is speeding on the highway, not as some sort of a substitute for Anna Karenina... So the incredible amount of information he plasters all over the place sort of backfires on him, and his program.

And then, last but not least, for anyone who is tired with these elections and wants to make a fashion statement how about a spreadmind T-shirt with those anti-elections statements on it?

Posted by Tarek Chemaly at 2:59 PM