Change is the only constant 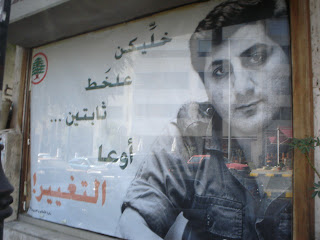 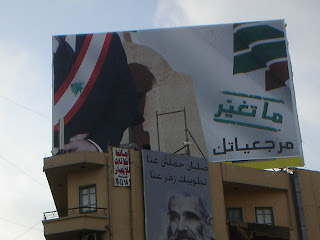 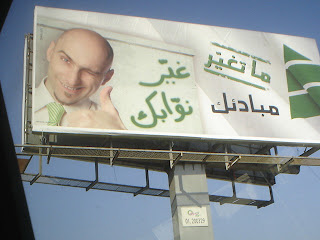 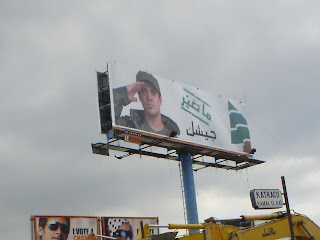 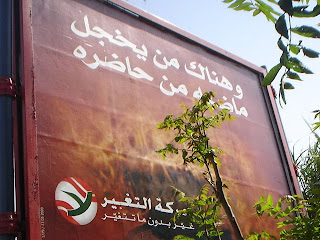 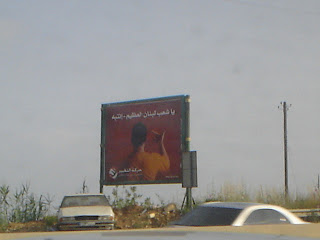 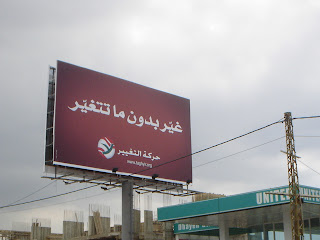 So what's common with all these ads? Change, change and then some - or rather resistance to change to be more specific. The first one is for the Lebanese Forces with Bachir Gemayel - now long dead - warning them "stay on the course, beware of the change." Change naturally is anything that has to do with the Free Patriotic Movement. Going on with the third phase of the Phalangists' campaign, this one - in several visuals - goes "Do not change your references" (Keep the president Maronite), "Do not change your principles, change your parliament members", and then "Do not change your army" (And settle for Hizbullah's militia). Whereas the original idea might have been worth it, it is the ultra-gimmicky layout that sends this campaign to the trash.

Then, totally from left field, comes the "Taghyir" movement (Change), obviously they are anti-Aoun to the bone. Their first visual is "there are those whose past is ashamed of their present" and then "change without changing yourself" but the big coup - which was withdrawn immediately is "Ya chaab Loubnan al azim - intabih" (Oh great people of Lebanon, beware)... The first part of the sentence is the way Aoun used to open all his speeches and people gathered in drove on May 7th on Martyrs' square just to hear him utter those words - which he did twice.

Posted by Tarek Chemaly at 2:03 PM