Burners are out to paint the town red, blue, yellow, green.... 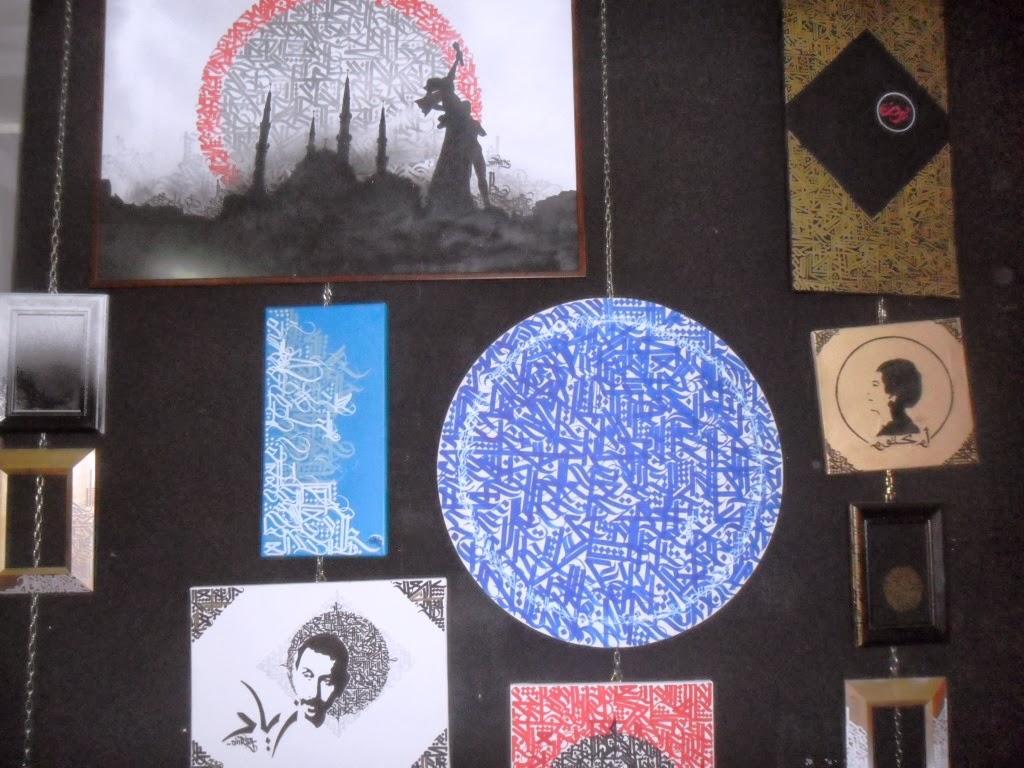 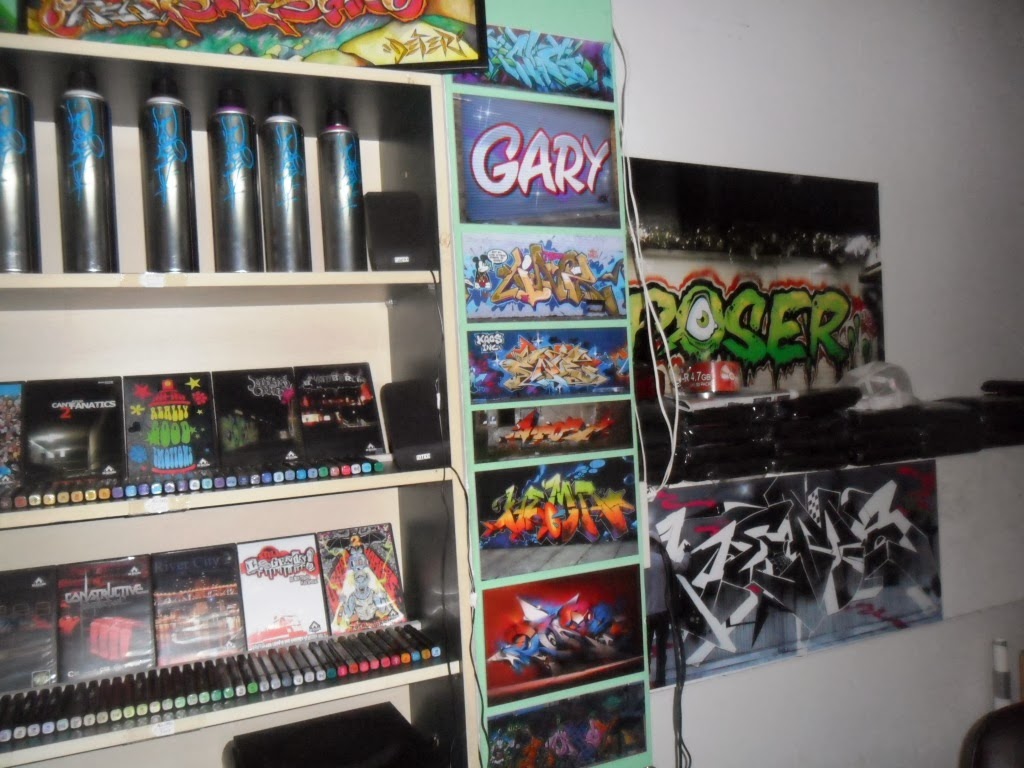 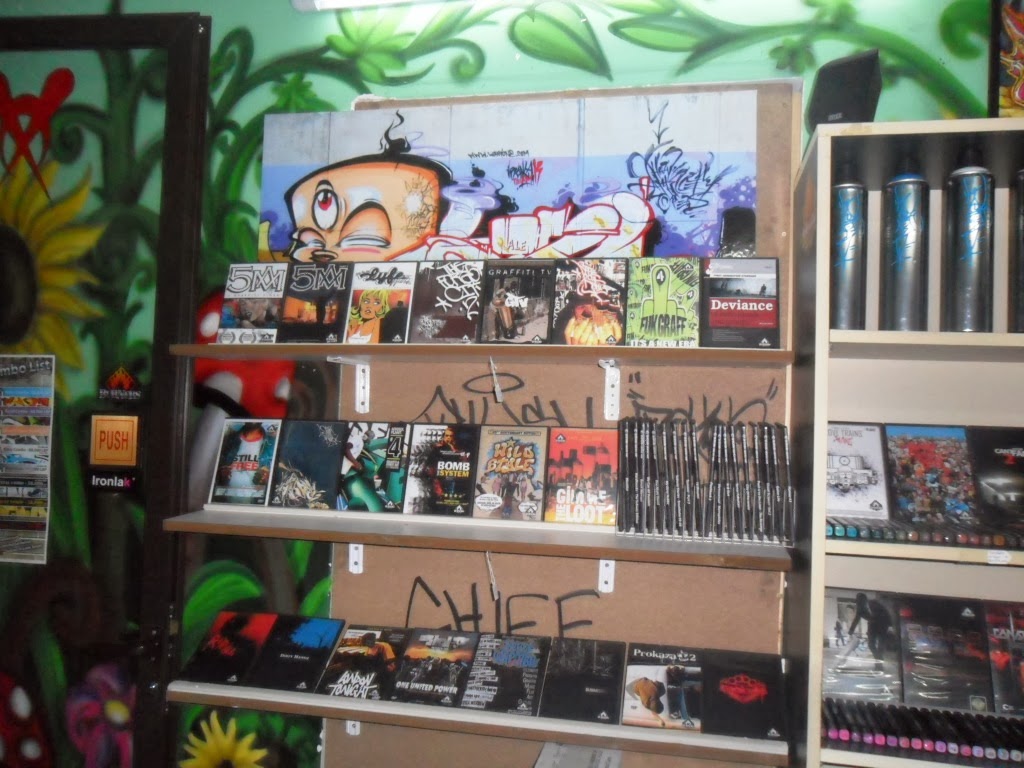 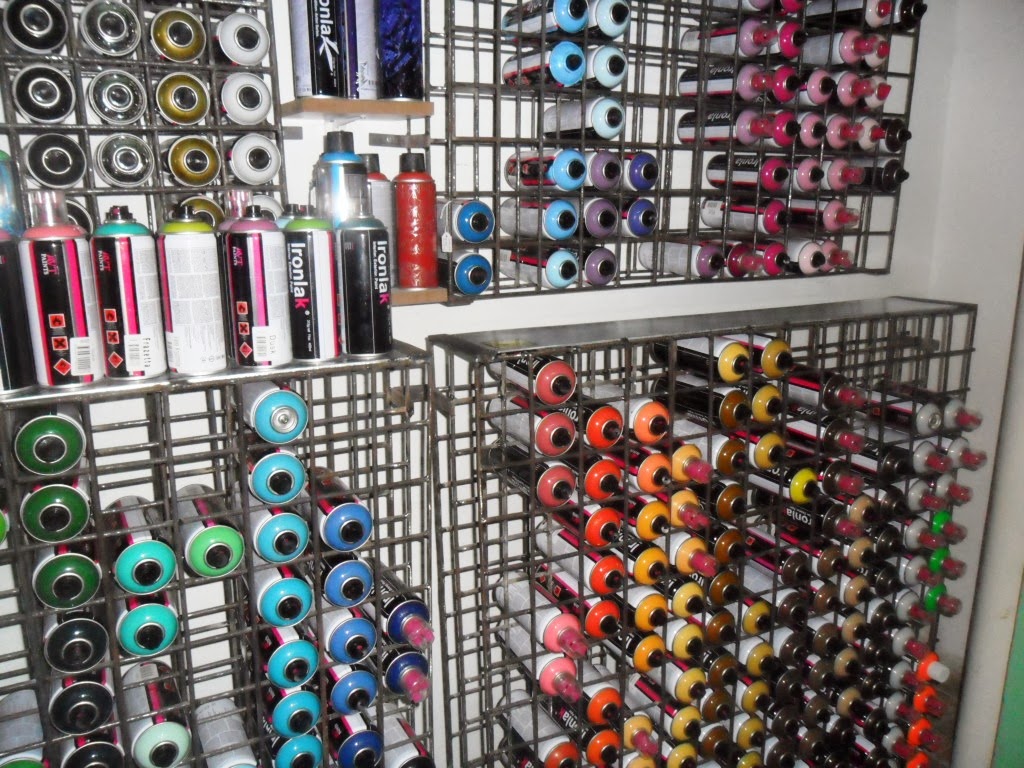 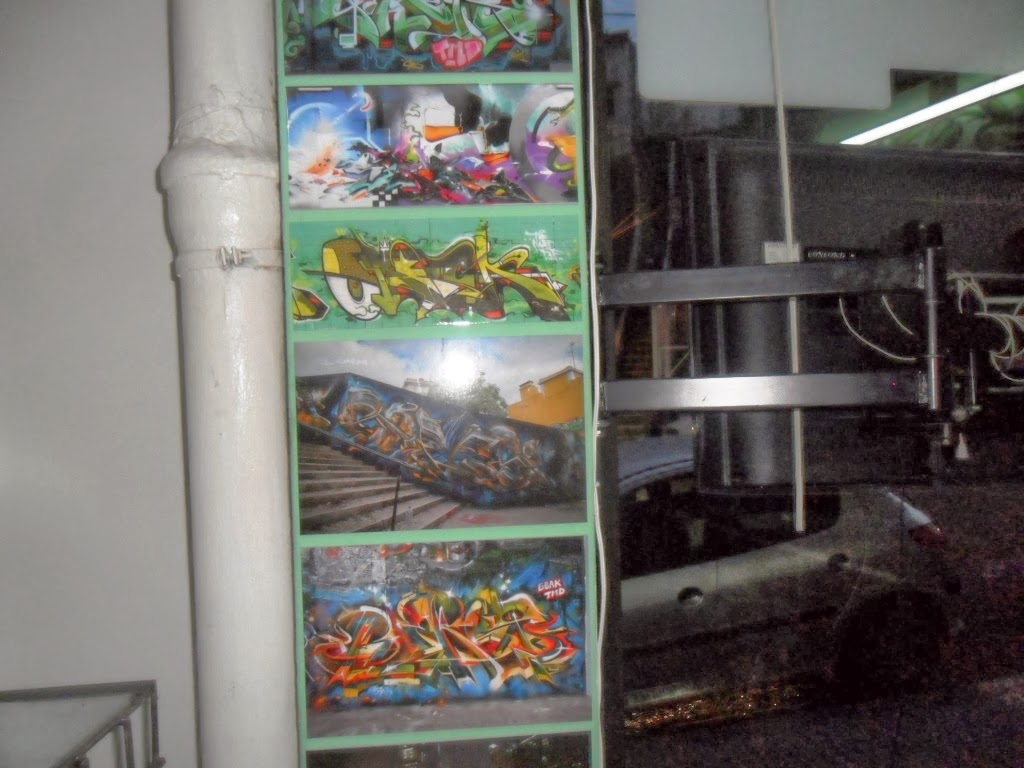 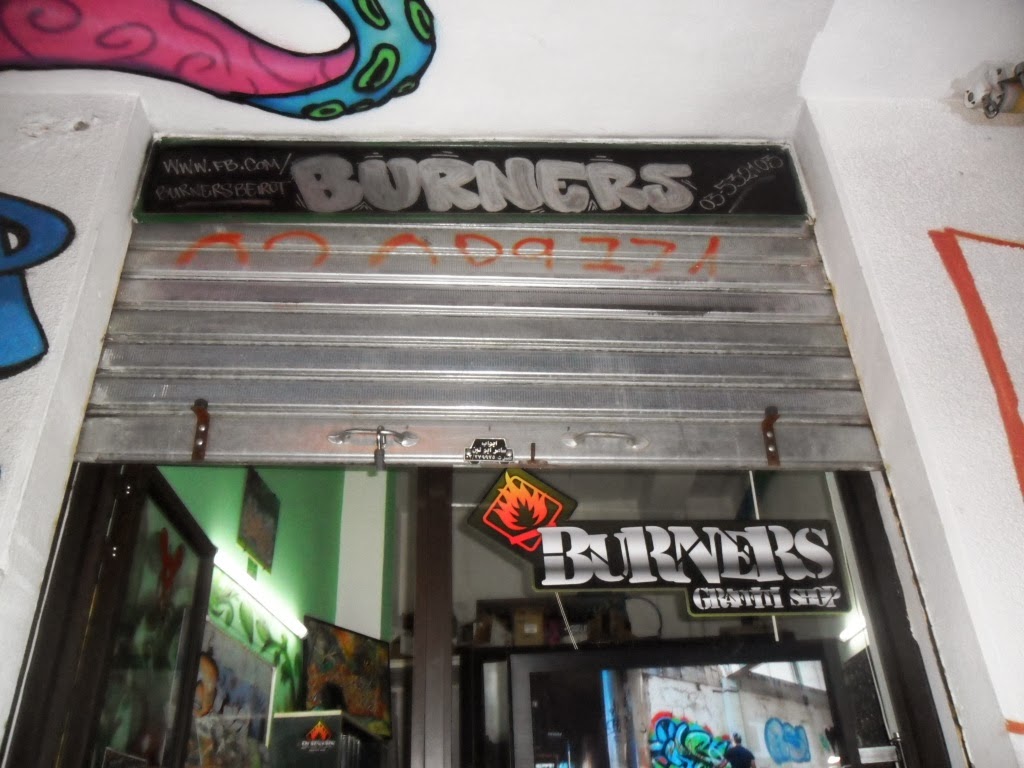 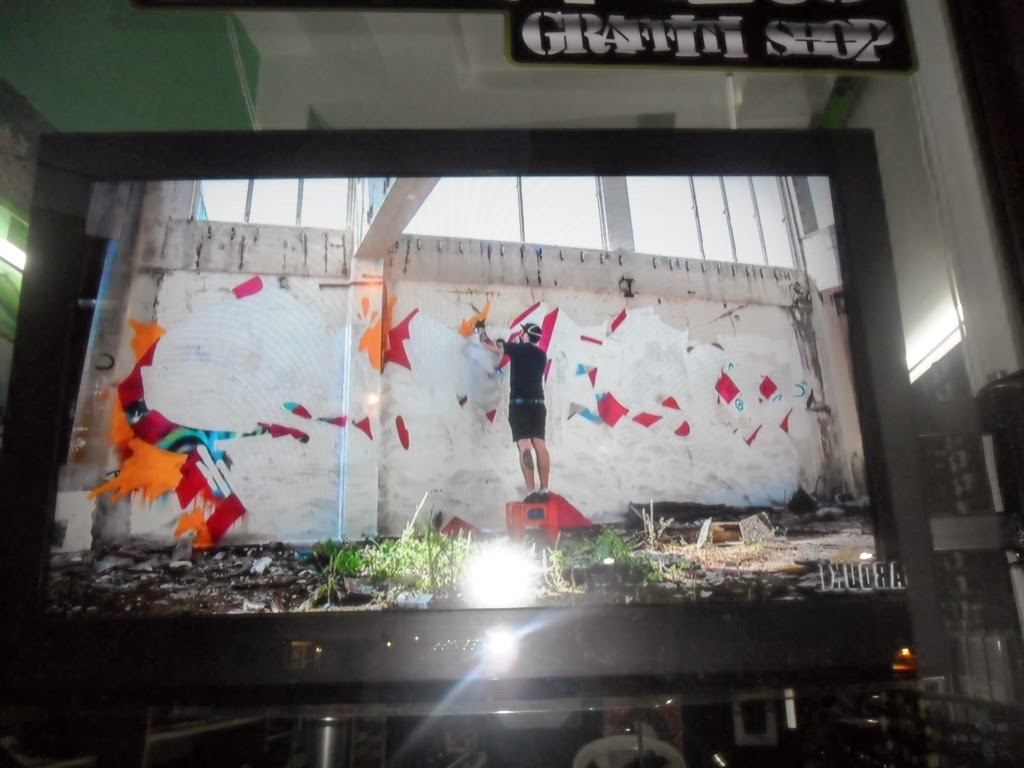 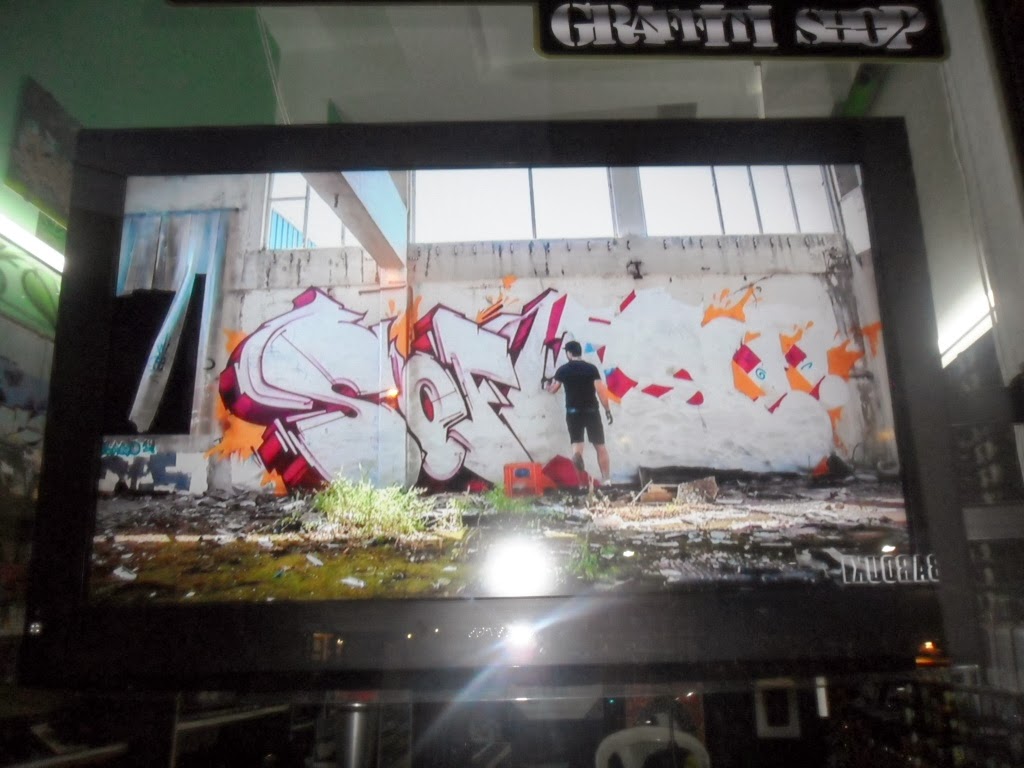 To anyone passing by, the shop is difficult not to find, it's the one with graffiti on it (duh!). Burners is not your run of the mill shop, to put it mildly. It specializes in graffiti equipment, which in itself it not to the faint hearted. "I am one of those for whom their work is their passion" says Phat2 the graffiti writer behind the shop.
"Are you in a hurry? Is it OK if you wait a while?" he asks me politely. He was attending to a customer who happens to be another graffiti writer coming to pick colors and cans for a new project he is working on. Of course, as with all underground cliques, this one is no different, you can feel they look after each other's backs and Phat2 even recommends some shades but not others.
The shop is full of graffiti works, spray cans and even - in a stroke of inspiration - half-used cans. Yes, I know for those of us who have bought sporadically a can of paint for a simple do-it-yourself project at home, we laugh at the idea that someone would be so "cheap" as to the buy a half-used can. But try telling that to self-sponsored graffiti artists who really try to cut financial corners to save a buck here and there. "So the idea was simple, since sometimes writers are lacking just a lick of a certain color to do a detail or do some embellishment why not sell them something already used for half the price. The graffiti suppliers in Lebanon are well known, there's a shop in Jal el Dib and one in Salim Salam, so why not create a third venue which would sell high quality products for a cheaper price and also half-empty cans for those not wishing to splurge because they have limited or no budget?" Asks Phat2.
One of the most interesting elements about him is that he is one of the rare graffiti writers I have known who are actually interested about the theoretical level of the profession. "I am aware of the defacing of the works of Yazan lately, but to be honest, being graffiti writers we must be aware that we are placing works on public view with the intention of them not being eternal. As a matter of fact, being ephemeral is one of the core elements of our work."
To find a writer willing to admit that, is, in itself a miracle. Because indeed, graffiti - or street art at large - is a way of marking territories as a way of stopping physical spaces from phagocyting personal identities. But just as identities change, the relationship with the space itself changes and with time, the animosity turns into peaceful cohabitation.
The shop is an extension of what Phat2 does, and an outreach to the community at large. Those of us who are not part of the graffiti community might not feel concerned by its existence. But for people heavily involved this is manna from heaven. A central link to those who thrive on this art form.
Burners is also a place to go to if you are looking for edgy artwork for your home or office, and there are even graffiti DVDs on sale, in addition to special t-shirts.
"Tomorrow Zed and myself will be at the Mar Mekhayel petrol station to finalize our work there, I shall paint a hyper-realistic face and he's doing another artistic piece" ends our encounter Phat2 enthusiastically, "if you are in the area, do pass by!"

Posted by Tarek Chemaly at 8:51 PM