It is comforting to know that as the year changes, the campaigns are just as silly as ever. At least there's continuity in mediocrity. 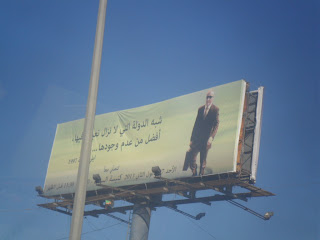 Commemoration season goes into full swing, it always starts with Elie Hobeika though. Normally such events are used as political platforms - with our elections coming up in 2013, except a lot of those (in quantity rather than quality of the message). 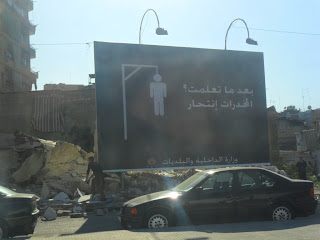 "Haven't you learned? Drugs are suicide" - it is to note that such horrible ads have also been known to cause people to take away their lives.... Atrocious! 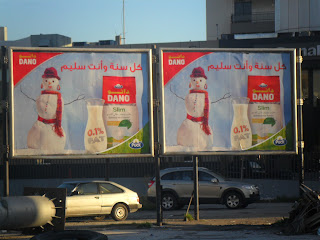 If anyone can interpret this for me, I'd be grateful. "May every year finds you in good health" - a typical Lebanese greeting (actually there is a play on words between "salim" - whole or complete or healthy - and "salem" - which means intact. Don't know if it is intentional or not). So anyhow, the snowman (or woman? as it has dangling earrings) is supposed to... What? Last all year because of powdered milk? 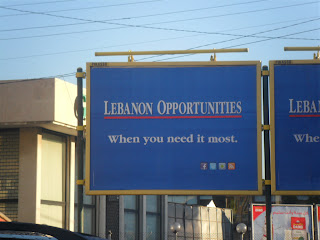 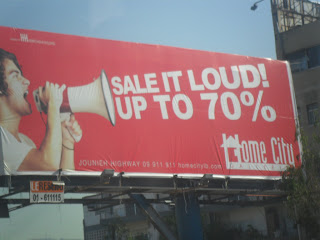 Is there no end to silly headlines? Well on one bridge in Beirut someone wrote in graffiti "spray it loud" - which I think is genius!!!! But "sale it loud" doesn't work. One works, one doesn't.... But then, Clementine ought to get themselves a copywriter. And an art director. And a creative director... 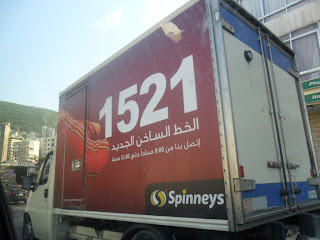 The Spinney's supermarket "hot"line can only be touched with an oven mitten. Too silly to even say anything!
Posted by Tarek Chemaly at 11:33 AM

I give up.... Is this what we ended up with, thanks Hisham for explaining....