Rape in the first world: You asked for it! 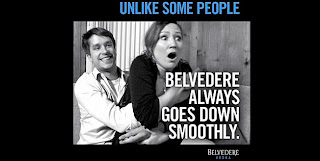 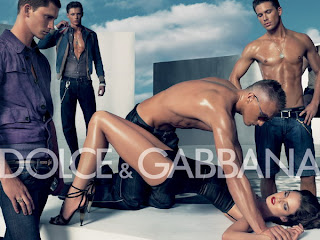 The text for Vaseline reads: Shut up, get on your knees and swallow. You know you want it
Todd Akin, the Republican candidate for senate in Missouri, said in an interview released this weekend that he did not support abortion for rape victims because: "If it's a legitimate rape, the female body has ways to try to shut that whole thing down." Furthermore, according to British MP George Galloway: "Woman A (personal note: The Swedish judiciary system protects the identity of the plaintiffs) met Julian Assange, invited him back to her flat, gave him dinner, went to bed with him, had consensual sex with him, claims that she woke up to him having sex with her again. This is something which can happen, you know. I mean, not everybody needs to be asked prior to each insertion."
The above examples happened in the US and in the UK. What's next? Going back the "you asked for it" mentality? Above is a selection of rape related advertisings. It was John Lennon who sang "Woman is the nigger of the world." The statement is still valid. Nasawiya, where are you?
Lebanon, a "developing nation" (or third world) has had a storm caused by the misogynist lyrics of  Mohammad Eskandar's "Joumhouriyet Albi" (the republic of my heart) which still has to calm down, but it transpires that no one is in a position to give advice from the so-called first world. It seems even if we climbed the two words of difference, women's position is still where it is - just pick what position it suits you from the Kamasutra. No other position is deemed necessary.
Posted by Tarek Chemaly at 9:13 AM