Because it was there (and I'm not talking of the Everest) 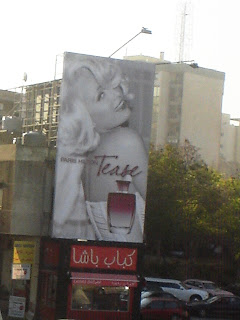 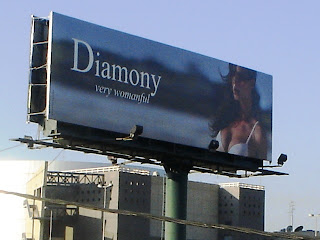 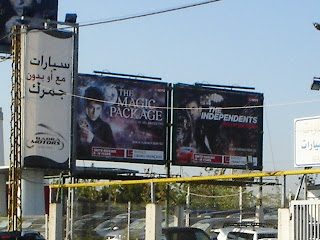 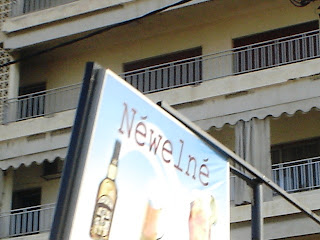 Well, the city has little to offer these days besides some Christmas hard sell items (price + festive element + something related to santa + ugly catalogue photo of product). Which is why the above merit some consideration:
The Paris Hilton ad has nothing special except that perfume is called "tease" - or are we talking about the socialite's derriere? Indeed, "tease" in Arabic means behind or derriere, so I find it hard to believe that some gentleman would wish to give it to his significant counterpart this holiday... And imagine someone asks the woman in question what kind of perfume she is wearing? In one of the very rare BFF reality series I have seen (the show where Miss Hilton gets to pick a Best Friend Forever) she admited she used the boys' fragrance of her own perfume (the one named after her). If she didn't want to be caught dead wearing her own female fragrance, why should you?
Diamony, which keeps changing its selling line like other people change their underwear (fitting pun - they sell lingerie and swimsuits!) has temporarily settled on "very womanful" - but sadly for them, Thierry Mugler just did it better with his "womanity" fragrance name (the bottle is a masterpiece as well!).
Bank Libano-Francaise gets you to go to the movies by offering packages targeted towards children and youth - the first by using the Harry Potter influence, the second - frankly I am at a loss of what the original movie must have been (is it supposed to be "the expandables"?)
But if there is one thing I really, really liked in town - it's the name of this new drive through for cigarettes, alcohol and other quickies - "Newelne" easily beats it as one of the most original names I have seen in a while. In slang Arabic it means "hand me over, quick" - which is exactly what the shop is all about!...
Posted by Tarek Chemaly at 9:31 AM

Womanity. I love it! I wish I had come up with that one.