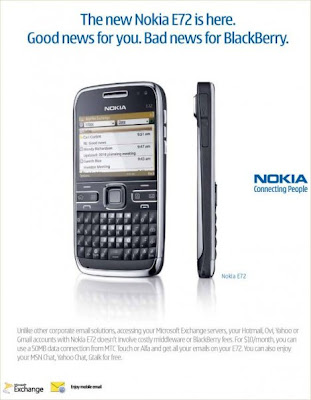 According to the Lebanese media and advertising law there is nothing against competitive advertising but companies have an honor code whereby theyjust say things like "Masters potato chips - it tastes better" (ta3mo atiab)... Only once was the rule broken by Andre Rizk fro Brinol buthe was made to pixelize the competition.... So this is very interesting: An ad for Nokia in Lebanon with a direct comparison to Blackberry.
Posted by Tarek Chemaly at 5:26 PM

Also don't forget the Linea Verde vs Wardeh which I think they got sued for even though they just showed a rose in the ad.